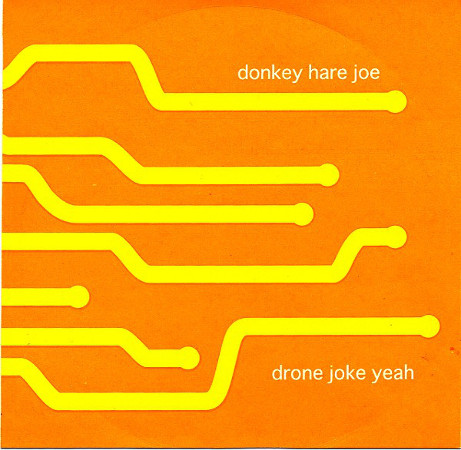 It’s a bit of a puzzle but both artist name & title can be reshuffled to the guy’s real name: Johan de Koeyer. A long-time tape artist & knob twiddler, now with his debut release full of sampling & loop collages, on WORM’s very own Z6 label. 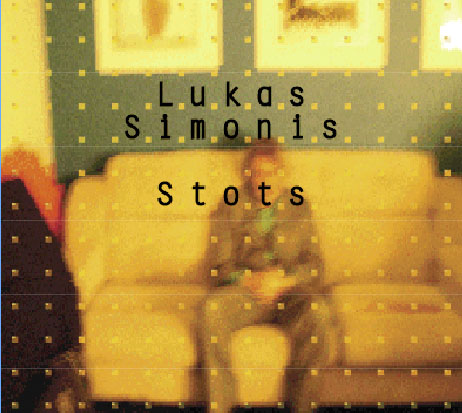 Lukas Simonis; guitarist, composer, lives in Rotterdam (Netherlands) and co-founded and works for WORM (a centre for experimental arts). For most of his musical career, he has played in bands and projects that seldom managed to play ‘straight’ music, despite moving within the field of ‘rock’ (e.g. Dull Schicksal, Trespassers W, Morzelpronk, Liana Flu Winks, AA Kismet, Vril and Coolhaven).
His interests also lie in the direction of more abstract ‘sound’; using electronics, improvisation, voice, field recordings and objects. He has played gigs/improvised with people like Eugene Chadbourne, Eddie Prevost, Pierre Bastien, Richard Barret, Jon Rose, Anne Wellmer, Trevor Wishart, Greg Malcolm and many more, and has groups with Ann la Berge, The Bohman Brothers (Apricot My Lady) and Henk Bakker (Static Tics).
‘Stots’ has a bit of both worlds; the structure is like a rock album, with 16 tracks, the longest being 4 minutes.
The music is an outsider’s version of electro-acoustic composition, using improvisation & field recordings as the main material to build the pieces with. The point of departure for making the whole song cycle was the conscious misunderstanding of language; coming from the idea that you can never say exactly the same thing in a different language (so ‘i love you’ means something else then ‘je t’aime’). ‘Stots’ and all the song titles are in a secret language as an expression for the receiver to use only their senses for perception; not the banal knowledge of dogmatic and misunderstood information.

here’s a song from the album; Begoulesj 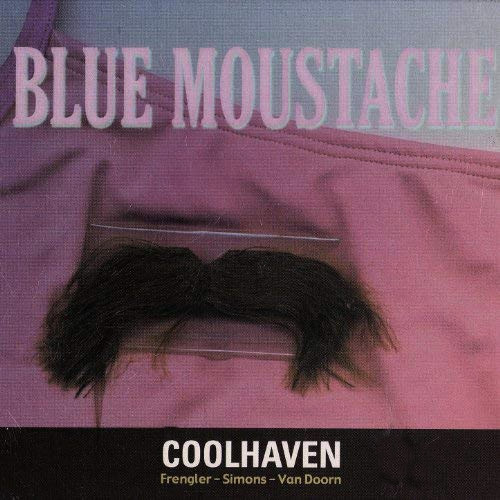 They qualify as a laptop trio but barely produce anything like ‘computer music’, juggling with fragments & tunes sounding familiar but changing direction constantly. Clicks & cuts, glitches & crackles are used as cement in their collage game. 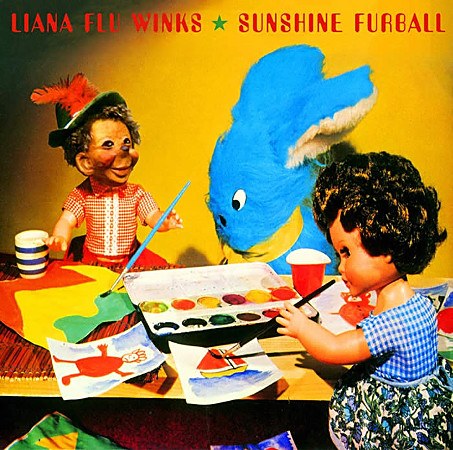 Liana Flu Winks is a Rotterdam-based Scottish/Swiss/Dutch trio that started performing in 2001 Differing musical backgrounds & influences combine tocreate an eclectic confluence of sonic situations.
Bassist/’cellist/organist Nina Hitz also plays in the modern ensembles ‘The Barton Workshop’ (based in the Netherlands) & ‘Daswirdas’ (Switzerland),whose repertoire includes works by John Cage & Morton Feldman. In her sparetime she has been known to cavort in the world of the baroque chick.
Drummer/multi instrumentalist Wilf Plum hit most of his beats in the ‘DogFaced Hermans’ & since their demise he has played with ‘De Kift’, ‘RhythmActivism’, Hendrik-Jan de Stuntman & ‘Donkey’. He is currently busy with the ‘Ex Orchestra’ & ‘Runt’ as well as LFW. Lukas Simonis, sometime guitarist, is a valued force (he thinks) in the electronic masquerade ‘Coolhaven’. Previously he twanged his strings with Trespassers W & Dull Schicksal. The sum total of the groaning weight of all this history results in bewildering, easily digestible yet intrinsically heavyweight music. Somewhere in the developed but abandoned area where Postrock tussles with Easy Listening. There we must search.

This CDr was their first attempt. The songs are good but the sound is a bit lo-fi. 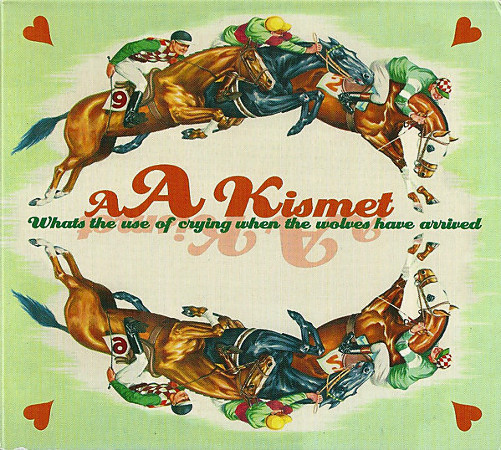 This is the second cd by the dutch/american duo AA Kismet. Their firstborn (where’s the rest of me ?) was an attempt to make the perfect pop-record (under their conditions), on this second cd  that noble attempt has been abandoned. Recorded and produced in a barn in the countryside in the south of France it sounds somewhat in between advanced lo-fi and sloppy perfectionism. The main theme was to write within song-like structures, but they took the liberty to ignore those at moments of their own choice.

Bob Drake (usa) currently lives in france but used to work as a soundtechnician in Los Angeles as a favorite of many hip-hop acts, amongst others Ice Cube, who even swears at him on one of his cd’s. He also worked for Peter Sellars, Ike & Tina Turner, Quincy Jones and others. His own music was allways more experimental. Apart from his solo work he played in The Nudes, the 5 uu’s, Thinking Plague, the Science group and Hail.

AA KISMET:
WHAT’S THE USE OF CRYING WHEN THE WOLVES HAVE ARRIVED?Read More »